A “Pios I Kot” (Dog and Cat) internet-forum activist, engaged in rescuing dogs, collecting funds for their maintenance and treatment, and finding new owners for the abandoned dogs, once wrote to me: “A Dog that has gone through shelter is like a man who has gone through prison. It means a crippled up psyche for life. But why would anyone write about how great it is in America, how zoopsychologists find new owners for shelter dogs there, when dogs in our shelters rot alive?!” In her opinion, speaking of dog shelters, we should mention the imperfection of laws concerning animals, the digestive disorders and skin diseases of dogs that passed through the narrow, dirty cages of municipal shelters and even paid  «temporary home». Life without owners is a great stress for a dog, but of course, it is not the worst problem for animals, who suffer from thirst, hunger and diseases. Nevertheless, it is stress of being abandoned we are going to talk about in this article, because veterinarians and dog fanciers know a lot about restoring the physical form of an animal, but not much about how to cure its «crippled psyche».

Dog is not a domesticated wolf. For thousands of years dogs accompanied humans and during this long “path” dogs’ behavior has changed significantly. Dogs, as a species, are very different from wolf or any other animal. Only those species that were able to adjust to humans’ life, guess their intentions, wishes, and learned fast remained beside humans. Dogs differ from all other – domesticated and wild – animals by their incredible attraction to a person. Even a puppy that was born on the street has an unusual (for most animals) ability to understand the direction where a person looks, as well as define whether a person’s eyes are closed or open [11].

Any puppy — no matter whether it was born in a house of loving owners, or from a homeless dog — seeks to establish contact with a human being at a very specific age — from three to six month. It can start following one, then another person and eventually achieves a response [1]. Human’s predictability, reinforcement in the form of food or petting, hours spent together and repeated contact day after day lead to development of an emotional bond [11]. Signs of the emotional bond are as follows: joy when a dog sees a certain person, following or staying near that person for some time, feeling sad when he (she) leaves (but the dog still remains on its territory). The most vivid example of an emotional bond between a dog and a human is the relationship between stray dogs and those who feed them.

The attachment behavior that we talked about in the June 2011 issue of “Moi drug sobaka”, develops gradually. The minimum period for development of an adult dog attachment is two weeks [8]. “Emotional bond” and “attachment” have only one, and yet very significant difference; in the presence of the owner a dog feels more confident and courageous, it is more active, looks and sniffs around more often; it can even approach strangers and dogs that it wouldn’t dare to approach in the absence of the owner [11]. Some dogs play with toys, eat and drink only in their owners’ presence, and completely lose interest in life when the owner leaves.

Attachment is similar to imprinting. It is not a simple adaptation or training, as it involves hormonal system and brain activity. There is a vomeronasal organ in a dogs roof of the mouth (palate) which the animal uses to examine special components of odours – pheromones. A dog licks the smell source, then presses the tip of the tongue to the roof of the mouth (palate) and breaths in the air. This is how a male dog, for example, understands that a female is receptive, and a female understands that a male dog is sexually mature. The vomeronasal organ plays a very important role in development of the attachment of a mother to her young ones [6]. Even though the dogs’ vomeronasal organ hasn’t been well-studied yet, there is a lot of evidence that allows the suggestion that this organ is responsible for the attachment behaviour of dogs towards their owners. Probably here lies the answer why dogs like to lick their owners’ hands, feet and face so much. 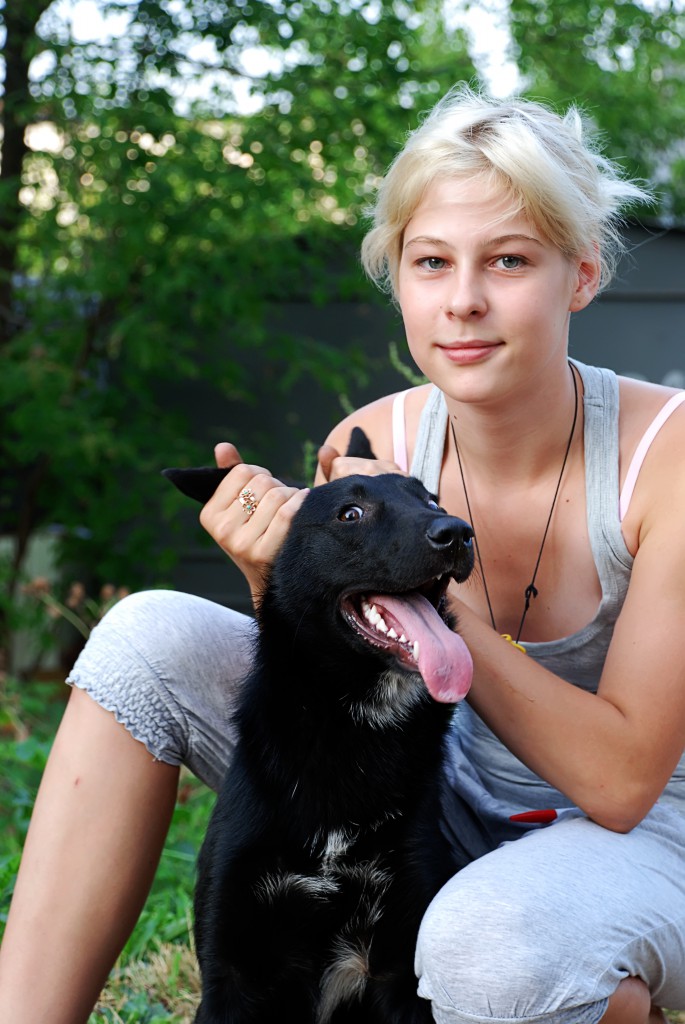 Attachment is reinforced by predictability of the owner. Impermanence, on the other hand, breaks the bond. If a dog doesn’t understand the reason why it is being punished it is unable to prevent the punishment. As a result, the dog becomes anxious; concentration of cortisol hormone in the dog’s saliva increases, which is a sure sign of stress. The dog eventually starts avoiding the owner, as well as any physical contact with him. The dog feels equally frightened and insecure both when the owner scolds it and when he praises it. This is how attachment can be destroyed.

Attachment contributes to the development of trust, but doesn’t guarantee it. Trust comes with experience, when the dog is ‘convinced’ that the human acts in its interests. Nor does attachment imply obedience – it is achieved in the course of training.

Reasons for rejecting a dog.

In 1998, U.S. researchers conducted the first detailed study of the phenomenon of giving up a dog. The results unraveled 71 reasons [12] for making such a decision. 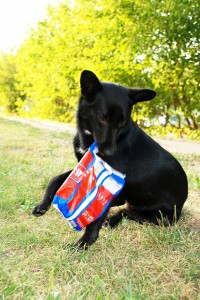 Even if the reason for rejecting a dog isn’t directly connected with the pet’s behavior (for example, if the owner goes abroad), there still is certain dissatisfaction with the dog. Otherwise owners always find a way to take the pet with them or at least find it a new home at their friends’/relatives’ house. A disobedient dog becomes a problem for its owner and at the same time, the owner’s problems impede the training of the dog. This situation is a vicious circle and there are only two ways of solving such a problem – to find an approach to your pet or give it up. It is worth mentioning, though, that most owners make efforts to correct their pet’s behavior, they attend special dog training courses, consult veterinary specialists, etc.

Nonetheless, in case of “poor contact” between the owner and the dog, the training process is more difficult, and the owners eventually stop trying and give up the dog.

Once alone in an unfamiliar place, a dog loses its “safety base”. In such situation a dog spends much less time exploring the surrounding area, stays still for longer periods of time, and its activity is usually limited to calling for its owner (barking or howling), trying to find him, or attempting to escape from the enclosed space [11]. In stressful situations animals suffer an intellectual decrease. There were cases when dogs forgot simple “manners” or how to execute commands, or even started hitting an obstacle with their head instead of going around it. An abandoned dog undergoes the three well-known stages of grief: 1. protest; 2. despair; 3. detachment. It is known that when a dog ends up in a shelter, its cortisol (hormonal stress indicator) level permanently increases. If from the very first day in shelter someone, perhaps a volunteer shelter worker, takes the dog for 45-minute walks daily, and then on the third day the dog’s cortisol levels have stop rising – it means that the dog has successfully begun to cope with stress [5]. The following behavior indicates that a dog has settled in: it starts moving on its own from the ‘house’ to the open area of the open-air cage and back, its head, ears and tail are raised slightly.  In the US shelters dogs achieve the above mentioned results in 48-96 hours (spent in shelter) [2].

Among physiological consequences of stress there are: weakened immunity, gastric ulcer, worsening of hair condition. These consequences may also include nerve and stomach aches that make the dog eat inedible objects, and although it temporarily soothes the pain it results in the stomach disease becoming aggravated. Digestive disorders result in the dog’s inability to contain urination and defecation, thus, untidiness and chewing of objects can become a vicious habit which a dog can get rid of only when forms an attachment to a new owner.

Unfortunately, owners are often impatient; after spending some time cleaning up after the dog and throwing out ruined furniture, they lose their temper and scold the pet, thus delaying the attachment development. When returning a dog to a shelter owners often explain that they were prepared for certain difficulties, but didn’t expect them to be so severe. 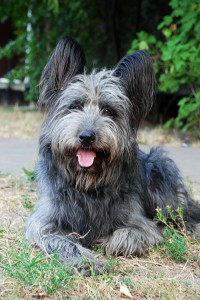 dog is kept in an open-air cage or when new owners put the dog’s bed in their bedroom. In the first case the dog doesn’t have many opportunities to do a lot of mischief, besides it is given more time to rest alone. In the second case the dog forms an attachment to the new owner faster and easier, and as soon as it is achieved, correction of the dog’s behavior is possible. To the contrary, the odds of rejecting a dog are higher, if the pet’s ‘place’ is in the hallway or kitchen [12].

Stages of successful adaptation to a new home

Now that you are aware of the contact development stages, you will understand why, according to the statistics for the USA , over 25%  of dogs are returned to shelter within the first week in the new home, 14% — within the second week, and about 10% — within the sixth month [7].

Everything has its limits.

Although most dogs can get attached to a new owner there is a suggestion that the number of attachment bonds is limited – only 3-4 during a lifetime. So what will happen if a dog changes home for the fifth, sixth or seventh time? No specific research has been carried out on this subject. There is certain information on the dogs becoming cowardly, avoidant, and prone to sudden panic attacks. Typically, this behavior of the dog is explained by cruelty of dogs’ previous owners or shelter employees. But such problems occur even if dogs have been treated gently and with patience. Unfortunately, this question has not been answered yet, hopefully it will be clarified in future.