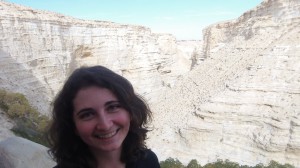 She completed her Ph.D. on Human-Animal Interactions at 2011 (animals objects are dogs, cows and horses).

After working at Moscow State University (2005-2008), A.N. Severtsov Institute of Ecology and Evolution (2008-2010) she moved to Israel and joined the Department of Behavioral Science at Ariel University (2014-2015). Having interest to genomic mutations affecting behavior she worked at Bioinformatics Research Centre of Evolutionary Department at Haifa University (2015-2017).

Throughout all of her career in science she practiced as an animal behavior consultant (since 2004). In 2012 Sofya established the School of Applied Ethology (Israel), a company that provides education and facilitates requests for consultations in various countries and cities (mostly in Russian language). The additional stream of the SAE is to provide flexible, local-scale, solution-driven research projects focused on animal rescue and adoption, hereditary behavioural deviations and communication of animals with humans and technologies.

Sofya serves as an Academic Reviewer in the field of Animal Computer Interaction on such conferences as ACI, HCI, NordiCHI, CHI Play, DIS (since 2016 up to now).

She is an author of 20 scientific publications (in Russian and English), over 300 popular science articles and 2 books (Horse mind, 2007 and Dog Adoption in Russia, 2019, both in Russian language) .